The RevitalVision technology is a non-invasive, patient-specific, perceptual learning program based on visual stimulation.
It facilitates neural connections at the cortical level through a computerized visual training regime using Gabor patches, to improve contrast sensitivity and visual acuity.

Several studies have shown that the noise of individual cortical neuron can be modulated by appropriate choice of stimulus conditions and that contrast sensitivity at low levels can be increased through control of stimulus parameters. The typical building block of the visual stimulus in the field of visual neuroscience is a Gabor patch (Figure 1), which efficiently activates and matches the shape of receptive fields in the visual cortex.

Polat and colleagues had demonstrated that contrast sensitivity at low levels can be increased dramatically through a “lateral masking” technique, where collinearly oriented flanking Gabors are displayed in addition to the target Gabor image.
(Figure 2). 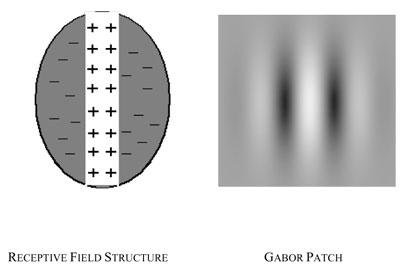 Figure 2. The software analyzes the contrast threshold of a Gabor target with the presence of flankers. The patient is exposed to two short displays in succession and the patient identifies which display contains three Gabors

Figure 4 demonstrates contrast response derived from subjects with normal vision, who were exposed to visual tasks using the lateral masking technique. When subjects are practicing contrast modulation under a very precise and subject-specific stimuli regimen, a dramatic improvement in contrast sensitivity is achieved.

This precise control of stimulus conditions leading to increased neuronal efficiency is fundamental in initiating the neural modifications that are the basis for brain plasticity.

Brain plasticity relates to the ability of the nervous system to adapt to changed conditions, sometimes after injury or strokes, but more commonly in acquiring new skills. Brain plasticity has been demonstrated in many basic tasks, with evidence pointing to physical modifications in the adult cortex during repetitive performance.

The RevitalVision technology probes specific neuronal interactions, using a set of patient-specific stimuli that improve neuronal efficiency and induce improvement of CSF due to a reduction of noise and increase in signal strength. The improved lower-level processing (contrast sensitivity and lateral interactions) produces an improvement in higher-level processing such as letter recognition and visual acuity.

The human visual system consists of a highly sophisticated optical processing system. Optical images from the retina travel through a hierarchy of progressive levels of visual processing including photoreceptors and several stages of spatial integration, each forming receptive fields of increasing complexity.

Contrast is one of the most important parameters triggering neural activity in the visual cortex. Neural interactions determine contrast sensitivity at each spatial frequency. The combination of neural interactions at various spatial frequencies derives individual CSF. Experiments have shown that the response of individual neurons to repeated stimulus is highly variable (noise), this high noise level imposes a fundamental limitation on the reliable detection and discrimination of visual signals by individual cortical neurons. The brain pools response across many neurons to average out noise activity of single cells. This creates a signal-to-noise ratio (S/N ratio) that determines detection and limits the CSF. Thus improvement of the signal-to-noise ratio leads to substantially improved visual performance.

The term perceptual learning describes a process whereby practicing certain visual tasks leads to an improvement in visual performance. Brain plasticity in visual functions of adults has been shown in various studies. It was shown that visual performance improves with repetitive practice on specific controlled visual tasks. Through these precise controlled conditions, repetitive practice initiates neural modifications that lead to improvement in neuronal efficiency. These neural modifications indicate the presence of brain plasticity.

Variability in efficacy has been found and may be a reflection of different individuals’ “final cortical potential” that could be achieved through the perceptual learning process, in turn, dependent on the state of inherent neural plasticity. Follow-up studies may be designed to address these issues and find optimal “exposure dosing”. However, individual effort invested and motivation will be expected to be different with a resultant impact on the variability of the final result.

Further studies may be designed to explore the role of this novel computerized visual cortex training program in the area of rehabilitation for the low vision with various ocular conditions, and its prospective role in the enhancement of visual potential for the better quality of vision.

Any cookies that may not be particularly necessary for the website to function and is used specifically to collect user personal data via analytics, ads, other embedded contents are termed as non-necessary cookies. It is mandatory to procure user consent prior to running these cookies on your website.